The voice of My Home Town - Terry Jenkins

For as long as Marie Therese Leahy could remember, she was always performing.

“I first sang at the Capitol Theatre, in Austin, on the kiddie show,” she said. “If you were asked to perform, you got in free to the movie that day, and got two passes for later in the week. America was in the middle of a depression so I went to the kiddie show every Saturday and got on, and got my tickets.”

By 1941, she would find herself entertaining on another stage – in front of the troops, at one of the several bases around Austin. “Mr. John Peninger, who was a friend of my dad’s, was head of the USO in Austin and asked if I could be on the USO shows - I was only 14 at the time,” she said. Terry, as she was starting to be called at the time, would find herself singing before thousands of soldiers at Camp Swift in Bastrop, or at Bergstrom Air Force Base in Austin. “I would perform on a flat bed truck, driven out into a field, and there would be five thousand young men waiting to be entertained.” She would later be crowned Queen of Melody of Camp Swift. “What a treat that was, but I well chaperoned as my dad was quite strict.”

After she graduated high school, in 1945, she continued to perform with the 8th Service Command Band, while continuing her education at SMU, in Dallas. “I was a student at SMU, and a producer heard me sing, and that’s how I got on the radio, on WFAA,” she said. The program, called Dream Nocturne, was a popular nighttime feature, showcasing local vocalists. Within two months, she was promoted to the morning show at the station, The Early Birds. “It was much like the Breakfast Club in Chicago,” she said. “All of Texas and the surrounding states listened. Dale Evans go her start there, and the Cass County Boys. We had a full orchestra, and depending on how many sponsors, sometimes we had a really big orchestra.”

Going from a late night to an early morning show wouldn’t be the only change she would experience during that time. “The announcers couldn’t pronounce my last name, Leahy, even though there was a famous coach at Notre Dame [Frank Leahy] and a former admiral in the Navy [William Leahy].” So they gave her a new name—Terry Lea. 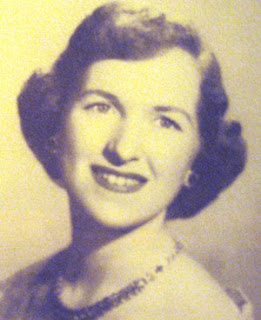 Photo from the WFAA Early Birds 25th anniversary program.
Courtesy of Terry Jenkins.
After her stint with WFAA, she would lend her voice on commercial jingles, working with Tom Merriman and the Liberty Broadcasting Network, and later James Earl “Pop” Sellers (who founded the first independent recording studio in the Southwest) before “settling down, getting married, and having children,” but she would soon return to radio—singing a different tune.

In the mid 1950s her old friend, Bill Meeks, contacted her. The two had known each other when Meeks played in the Early Bird Orchestra during their time together on WFAA. He was starting up a new company, the PAMS Advertising Agency, and was looking for singers to perform spots for advertisers. 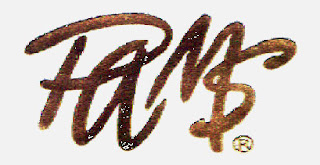 While the concept of using catchy tunes to promote a product was nothing new, the idea of using a full length song to promote a radio station was. In 1960, Meeks came up with the idea of creating a standard 1:30 music bed, entitled “My Home Town” (in the "Sound of the City" - Series 16 jingle package). The song bed, written by Euel Box, was pitched to radio stations from Abilene to Winston-Salem. Localized lyrics would be penned by the jocks, or other staffers, which would then be performed by Jenkins, for the custom jingle. However, more often than not, the amateur songwriters would cram as many words as they could into the canned music bed. To make the recording session more interesting, due to the two-track recording system, Jenkins would have to sing not only the lead straight through, but also the harmony, in one take. “I couldn't make any mistakes," she said. "But when you have a natural gift, given by God, you just do it,” she said.

It's estimated that there are over 100 different versions of "My Home Town." 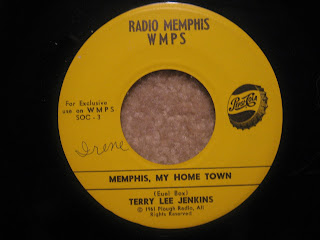 Listen to a sample of this record here .
“That was the genius of Bill Meeks – he was a very talented young man,” she said. “He was always looking for new ideas.”

On at least one “My Home Town” recording (WTAW in College Station), PAMS singer Claire Stewart is credited as the singer. “I knew Claire from WFAA,” Jenkins said. “She was this darling blonde, very saucy singer. I was more Dinah Shore, while she was more Peggy Lee.” However, a comparison of the vocals reveals that Jenkins is actually the singer. 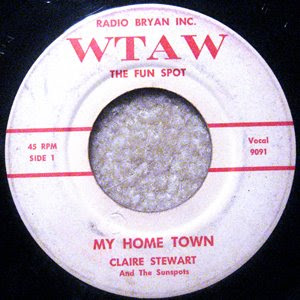 Listen to a sample of this record here .
While Terry was consistently the main singer on these records, her name credit on the singles is anything but. Variations on her name have included “Terry Lea," "Terry Lee,” “Terry Lea Jenkins," and "Terry Lee Jenkins."

“I’m not sure how that happened,” she admitted. “I think someone might have just made a typo from the Lea to Lee. I never asked for my married name to be on them.”

Terry Jenkins would stay with PAMS for several years, “I just got older and my children got older,” she said. “I just quit and PAMS was going down at the time, and it was just time to leave.” PAMS would to cease operations in 1978. Meeks would pass away in 1999, at the age of 78.

Now 80, Jenkins has stayed in Dallas where she and her (now late) husband Jim raised four children. She is active in her church, but refrains from the hymns. “Old singers never die they just fade away.” 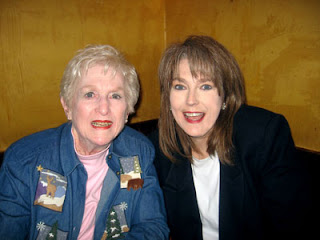