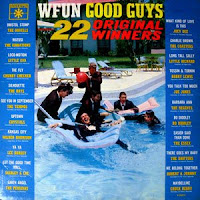 In 1963 Bill Deane was working a jock shift at WFUN, the number one station in Miami, when all hell was about to break loose. “Station owner Robert Rousaville let the great creator Bud Connell go because Gary Stevens and Frank Ward were making such a political mess to gain control of the station,” Deane said.

“Frank's aim to take over the Connell post had failed though he remained as PD before Bill Holley. I was the last of the seven originals to leave. Art Sully, who had never run a top 40 operation, came in from Atlanta and immediately lost the number one rating to WQAM.”

Deane then got a gig in Ft. Lauderdale radio, and on Channel 10 in Miami – when he got a call to come back to WFUN.

“Sully rehired me on the condition I change my name. He said, ‘We don't want anyone to think we are trying to return to the original (Connell) WFUN programming’.” I was beginning to get into news in a big way and chose my father's name, Russ Deane, which was OK'd by Sully, when I did the news. I then came up with Jay Madison Bey when I DJ.'ed. I thought it would be memorable when the survey people called.”

In an effort to regain the ratings it once had, WFUN jocks took part in numerous promotional events – including appearing on the album cover, WFUN Good Guys 22 Original Winners (Roulette 25273).

Shot in a backyard pool, in a residential area, near the station, the idea for the cover shoot possibly came from PD Holley or Dick Starr. “Holley came from KBOX, in Dallas, but seems like this is the perfect Miami idea and not something he would have carried from Texas,” Deane said.

Absent from the photo shoot was morning jock, Jack Perrington. “I think he was still at the station – could it be that Holley and Starr wanted him out of the picture as he was much older than the rest of us?”

Deane left WFUN in 1965, when he took a job at WBBF, in Rochester, New York. “I was hired by one of the most dedicated broadcasters ever, Bob Kieve, to head his nine-person news staff. In Miami, I never attended a city council or school board meeting. I didn’t have to as there was some crazy story by-the-hour. When I went to Rochester I knew if I wanted to cover local news I’d have to go and get it. I did with Kieve's support and thanks to his instruction and backing.” Kieve is now running all-news KLIV, in San Jose.

After working in Rochester, Deane went on to KBTR, Denver, and KYW, Philadelphia, before working as an editor at ABC News and an assignment editor at CBS News.

“I retired a couple of years back and busier than ever,” he said. Among the project he’s working on is a book on the CIA. “It's been a tough but good and rewarding life.”
Posted by Lisa Wheeler at 5:03 AM No comments: