In 1963, Joe Daigle, fresh out of the Air Force, found a job in California repossessing cars – when his career would take a drastic turn.

“One of their customers was a local popular disc jockey who was always late with his Cadillac car payments. So I had to repo his car almost on a monthly basis. Then he would bring his account current and retrieve his car. He also had a very small record company that released oldies albums that he would sell mail order on his radio show. We sort of became friends and when I quit the repo business, he offered me a job handling all phases of his company.”

He was only at the record company a few months when David Rolnick a New York businessman, moved to Los Angeles and purchased the label, and merged it with his New York company, Take 6. Rolnick had an idea to pitch record album compilations to local radio stations as a promotional offering to their listeners. Through his connections, his first releases were for soul station WWRL in the New York city area. 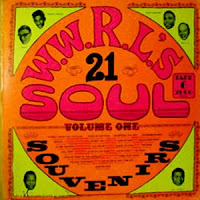 “My job was the production of the albums—get all of the master tapes from the various record companies, which allowed us to use their songs, get the album jackets printed and fabricated, get those sequenced and timed for the manufacturing process, and then get the vinyl records pressed and shipped to distributors.”

“I went into the studio and compiled, timed the master tapes, then took them to the lab where a master disc was made then delivered it to the various pressing plants. Where the actual discs were pressed or manufactured.”

“Mono was determined by the master tapes received from the participating record companies. Generally if the song was a single only, we probably would get a mono tape, but if the artists put out a album from the popularity of the single we might get a stereo copy of the included song.”

Mastering tapes was only a part of Daigle’s job—he was also in charge of the artwork for each cover. Sometimes literally going out and hunting down the perfect props. 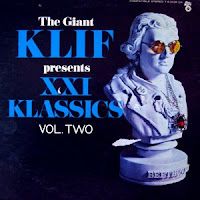 View song listing HERE.
“The KLIF album, with the Beethoven in shades, was my idea,” he said. “I went out and found the statuette, shades and the medallion.” The concept was also used for compilations in Birmingham, Buffalo,and Cleveland. 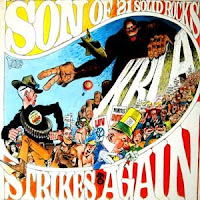 View song listing HERE.
“We usually gave him a general idea what we wanted," said Daigle. "He would send us some sketches and we would pick and choose what we wanted--it was mostly a consensus.”

For one particular album cover, Vinson drew his version of a popular Janis Joplin album. “On the San Francisco KYA album we told Vinson to simulate the R. Crumb album of Big Brother and the Holding Company [Cheap Thrills cover].” The cover art was also used for KTSA in San Antonio and KEYN in Wichita. 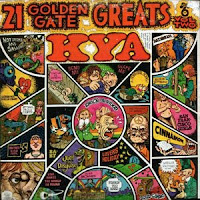 View song listing HERE.
Daigle left Take 6 in 1969, “when Vice President Jerry Fine teamed up with Mickey Stevenson [former Motown V.P. and songwriter], to start their own company, People Records.” The label lasted a couple of years, and was merged with Canyon Records, which was owned by Wally [former member of the Heartbeats] and Rennie Roker.

I later moved to Original Sound Records where my old pal, Paul Politi, [who wrote “Those Oldies but Goodies”] had landed. I was there until 1984.”

Daigle served as promotions director at KRLA, during his later years at Original Sound Records. The label took over the management and programming of the station for about a decade. During that time, Daigle was involved in promoting the station on billboards, busboards, newspaper, and television.

“It was all a great learning experience as it was my introduction into the record business."

Daigle now runs a silkscreen business with his wife, and is the Webmaster for the late artist Leo Politi’s tribute site.
Posted by Lisa Wheeler at 5:00 AM